It’s been four years since Ryan Gosling has been in a movie. Five years if you don’t count First Man, a movie very few people saw. Which means it’s been nearly half a decade since the last Gosling cinematic fit. The wait, however, appears to be over. On Tuesday, Netflix released the first stills from its latest big-budget espionage thriller, The Gray Man, starring Ana de Armas, Chris Evans and Gosling. And the images seem to suggest that this summer will have a new Gosling on-screen look that everyone loses their shit over.

If you grew up in the time of The Notebook, you’re familiar with the influence of a Gosling character’s wardrobe — in that particular instance, the newsboy cap, the beard and the raggedy T-shirts. Still, it wasn’t until Half Nelson, when Gosling was paired with costume designer Erin Benach, that he transformed from teen heartthrob to Big Screen Fit King. “When we were doing Half Nelson in 2003, I believe, I really pushed for him to wear a wool cardigan sweater,” Benach explained to GQ in 2013. “I would bring it up in every fitting. He would always just look at me and be like, ‘What are you talking about? I would never wear a cardigan. You are crazy.’”

The badgering was effective enough, though, that the two paired up again for Blue Valentine, which was the first glimpse of Leather Jacket Gosling.

Speaking of jackets, in 2011, Nicolas Winding Refn received the award for Best Director at Cannes for Drive. But it was Gosling’s satin jacket with the logo of a golden scorpion on the back — inspired by Kenneth Anger’s 1964 experimental film Scorpio Rising — that took the culture by storm. “Ryan had been really inspired by these 1950s Korean souvenir jackets,” Benach told Grantland in 2011. “He had bought one on his own and was wearing it around. So we started to think, wow, that might be really cool. But the style and shape of them was definitely very 1950s and slouchy. We felt like Driver was really buttoned-up, clean and streamlined, and we didn’t want there to be much billowiness to him. So we built it piece by piece. We knew the collar had to be able to pop up, we wanted the knit around the wrists and waist to be 100 percent wool as opposed to stretchy nylon. We wanted every element to be perfect. We went through 15 or 20 iterations until we got it right. Which was down to the wire — about an hour before shooting!”

That same year, Gosling provided his indelible master class in suit-wearing in Crazy, Stupid Love. “I found this great shirt maker in France called Gossuin,” the film’s costume designer Dayna Pink told GQ in 2011. “I found them while I was in Paris going to shows, and they just — it’s a company that’s owned by an ex-male model. He understands fashion and fit, and they make these amazing shirts. They made the most incredible shirts for Ryan. A little bit sheer so you could see through it, but not so crazy see-through, and beautifully tailored, the detail in the cuffs are amazing.”

Next up, in The Place Beyond the Pines, Gosling proved that bleaching your hair and getting a face tattoo can look as good as a French dress shirt. “Luke is a character who steps into somebody’s life and then steps back out,” Benach told GQ about Gosling’s character. “He tried to be kind of like a knight — he didn’t succeed, but you wanted to really believe that he was going to. Because he didn’t live the way everyone else lived and traveled everywhere with his circus crew, he wasn’t necessarily influenced by fashion or style from any one place. He traveled around the world and took it all on; he went to different small towns and was affected by different people and places and music.”

Three years later — by way of his character Sebastian, a struggling jazz pianist — Gosling went full-on vintage in La La Land. “Sebastian is never seen in a T-shirt and jeans in the film and insteads opts for tailored casual when he’s not in his jacket and tie,” menswear blogger Ethan M. Wong wrote when the film was released. “For the character, it definitely shows that Seb is living in a ‘la la land’ of the past, where men had ‘sport shirts’ for casual days and T-shirts were considered underwear. He wears these sport shirts not with chinos or jeans, but with actual trousers!”

As for The Gray Man, so far, we’ve only got two stills to go on. In one, Gosling is wearing a black T-shirt and a tactical vest; in the other, he’s wearing a crimson blazer with peak lapels over a white T-shirt. In the pantheon of Gosling Movie Fits, neither seems all that special. But given that it’s his sartorial return to the screen, suffice to say, they’ve already left quite the impression. 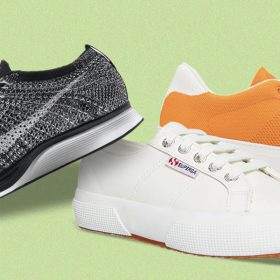 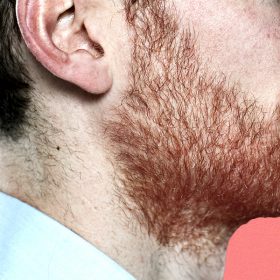 SHOW OFF YOUR FASHIONABLE SIDE…

These are the biggest menswear…